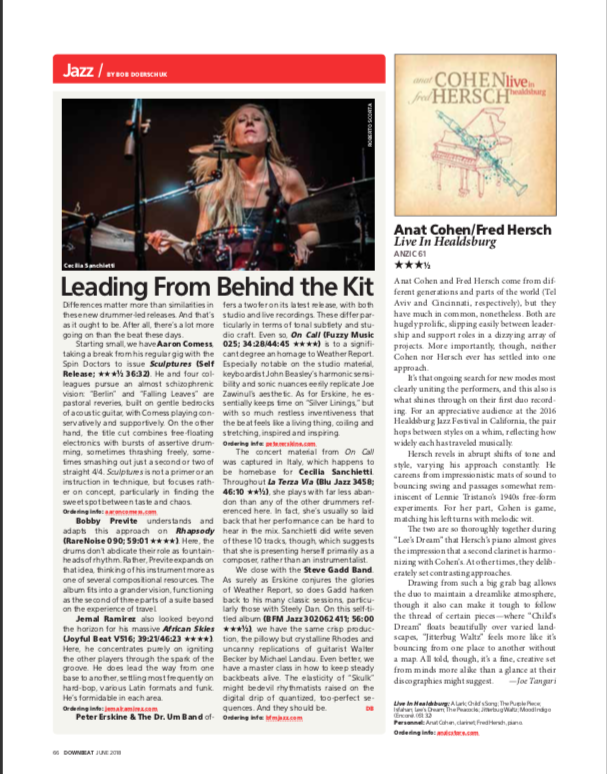 It was 30 years ago that I first heard about the Downbeat Magazine (Jazz, Blues and Beyond) as a teenage drummer in the Merced High School jazz band, located in the California Central Valley, under the band direction of Gregory Christiansen.

Since learning about this magazine I have spent many years reading several issues of Downbeat as well as another music magazine called Modern Drummer, as I tried making sense of the music I had been listening to and copying/transcribing.

To be included in this page of jazz reviews specifically dedicated to bands led by drummers, including the likes of Peter Erskine and Steve Gadd is an honor. Thank you Bob Doerschuk for listening and thinking to include us–such an honor.