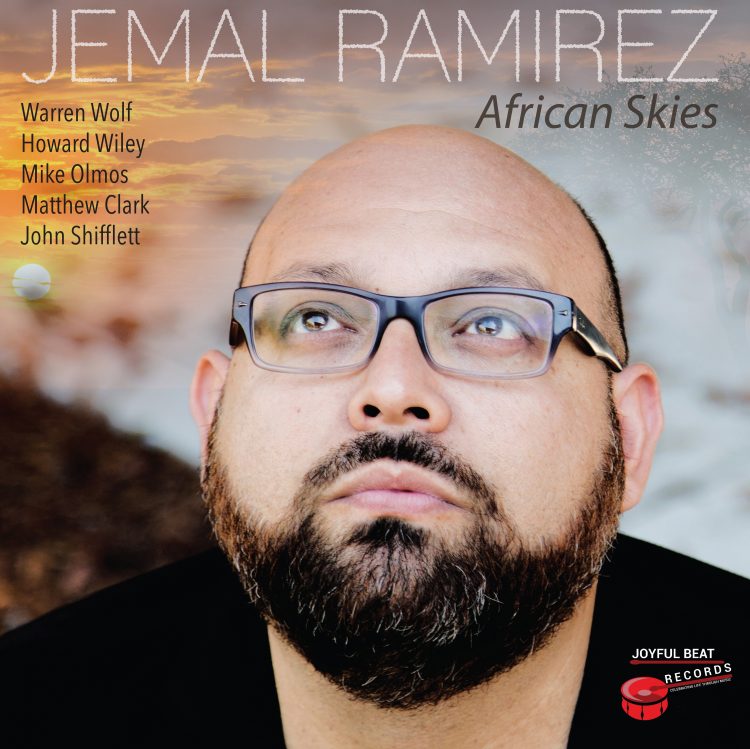 This new double album is my best work to date. It is always a pleasure to work with my dream team band. On African Skies we explore some of my original compositions–as well as compositions from some of my favorite musicians who compose.

Warren Wolf is so amazing here on this recording–you will truly enjoy his musicianship. Howard Wiley as always, brings his unique sound and chameleon like approach to music. Mike Olmos‘ sound and intensity is at tip top form. Matthew Clark–the only pianist I know that has studied music completely–is such a pleasure to work with on multiple styles of musics and the joyful beats we create together. Last but not least, a musical mentor of many–including me–John Shifflett earned some producer credit on this recording–as a bassist he was the glue that holds our sound together.

After the music was recorded, Dan Fieszli and I worked on making the mix of the recording transparent and true to each artists sound vision–although Dan did do a great job adding his touch of audio engineering wizardry to make the music jump out of the speakers.

Dan also mastered the music for digital downloads while I employed the famed jazz vinyl mastering genius George Horn to cut lacquers for me before sending African Skies to the Record Technology folks in southern California–the former recording studio industry capitol of the world.

Hristo Vitchev and I then worked on the graphic design which took us many attempts to get it right for African Skies–as we designed a graphic layout that I could live with for multiple future album releases.  All part of the process for developing a record label brand and logo for Joyful Beat Records.